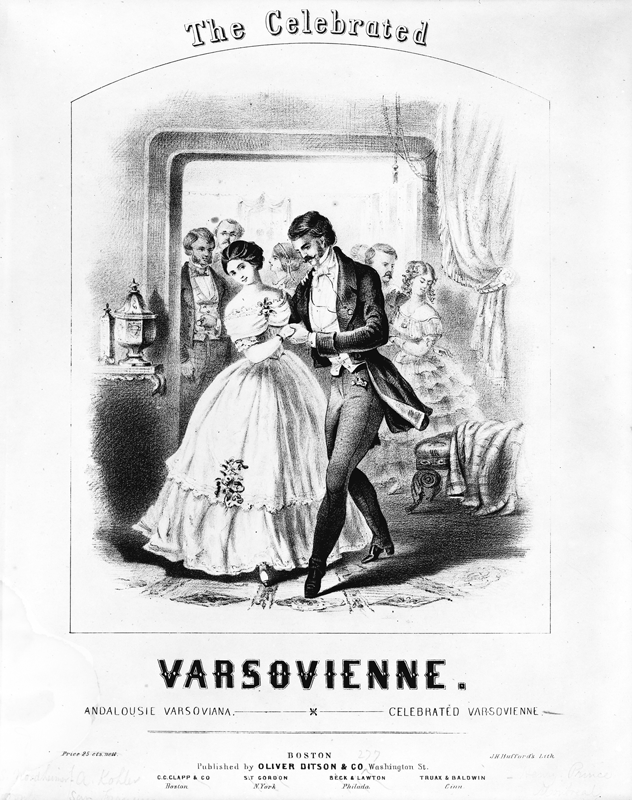 In 1927, when Gertrude Tredwell was eighty-seven years old, she recalled the romantic era before the Civil War when the Tredwell girls and their guests had danced in their own double parlors.

These parlors were separated by folding or sliding doors. With the doors opened and the furniture moved to the edges of the room or the hall, there was enough room for a square of four couples in each parlor to dance a quadrille—a dance organized like a square dance but unlike the later square dance performed with sedate restrained steps.

Music for the dance might be played on the pianoforte, a violin, or a flute. If no accompanist were available, a music box might be pressed into service.

The quadrille was a very decorous dance, but around 1840, dances that some people called “the work of the devil” were introduced and became very popular. These “round dances”—the waltz, the polka, the mazurka, for example—actually countenanced the approximation of a face to face embrace!

One such dance was the Varsovienne. If you want to see what shocked some 19th century observers this brief video will show you.

(Our shock threshold has obviously undergone a serious collapse in the past 175 years.)