Meet my grandmother, Lizzie Landis, familial name “Two Mamas.” She was born in 1883 during the Victorian Era. When she came of age, young women squeezed their bodies into corsets that pushed up their breasts, nipped in their waists, and pooched out their butt. Their skirts swept 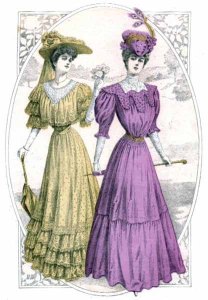 the floor, their necklines were high, their hats huge. They all had long hair, which they coralled with combs and hair pins at the top and back of their head. For the most part, they entertained their beaux in their own parlors under their parents’ eyes. They attended ice cream socials, church picnics, and community celebrations. They went for buggy rides and sleigh rides, but they never strayed far from home

Lizzie married my grandfather, Enos Landis, in 1905. She was 22 years old.

Now meet my mother. Grace Landis was born in 1908 and came of age during the twenties.  World War I, which ended in 1918, had abruptly changed everything.  Grace and her young friends must have given their mothers the vapors! The older women were no longer wearing the elaborate dresses of their youth, of course, but they were modest, some would say frumpy dressers. And Lizzie wore a corset for the rest of her life. Not the corset of her youth, but a sausage casing with stays and a network of laces that “held her in.”

But the daughters!! Their dresses exposed their legs, bare arms, and even their backs. They threw off the corset. Some of them rolled their stockings below the knee. They bobbed their hair and got “permanents.” They wore makeup, smoked cigarettes, and “went out on dates”—in an automobile—alone—with a man. They danced the charleston and lindy hop with wild abandon. As for Grace, I can’t say, but some of them disregarded Prohibition and even went to speakeasies and drank hard liquor. 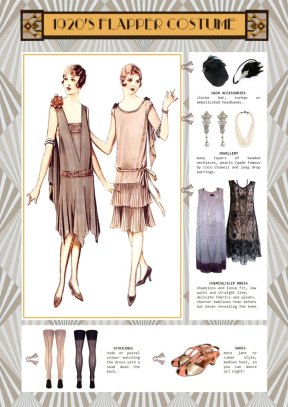 Grace married my father, Samuel Gillham, in 1930. She was 22. By then the Jazz Age—and the fun—was over.

This week, the ladies who lunch gathered at the Conservatory Garden in Central Park for the 33rd annual “Hat Lunch,” a benefit  that supports the upkeep of the park.  Extravagant and sometimes eccentric hats provided the fun. The ladies provided the support: $3.5 million to help keep Central Park  beautiful. While the hats were extraordinary, I daresay few of them were as over the top as the hats fashionable women of the Edwardian era wore regularly. Here is Herb’s Great Aunt Nettie Wilson, the family’s  favorite daughter, decked out in a wonderful example. The photograph dates to around 1907. We still have the gold watch; the hat has not survived. 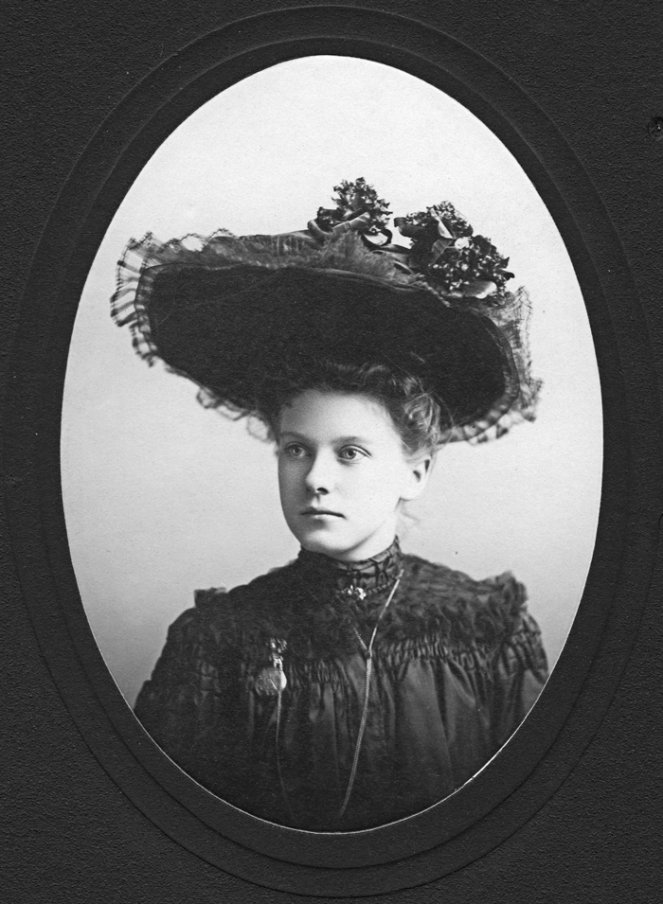 Of course the hat was only part of a fashionable outfit. The dress typically sported a high stiff collar, a “puffed pigeon” chest, a tight waist, and a  jutting rear end. The skirt swept the floor. 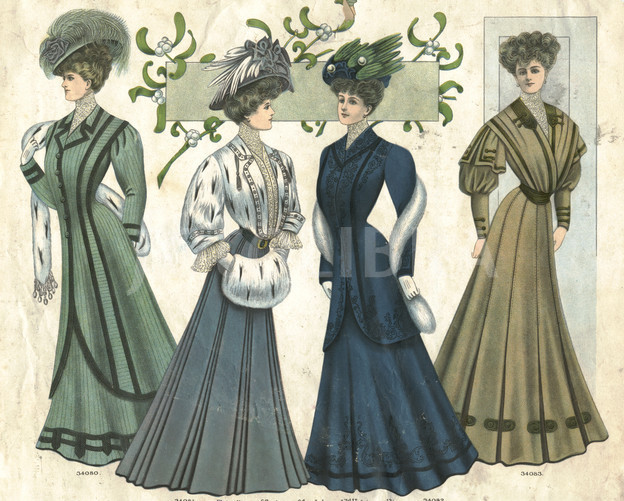 And then there was the Great World War, and the fashionable silhouette underwent a dramatic transformation. By the 1920s it had assumed a more sensible verticality and exposed the legs. Devotees of Downton Abby know the look well. 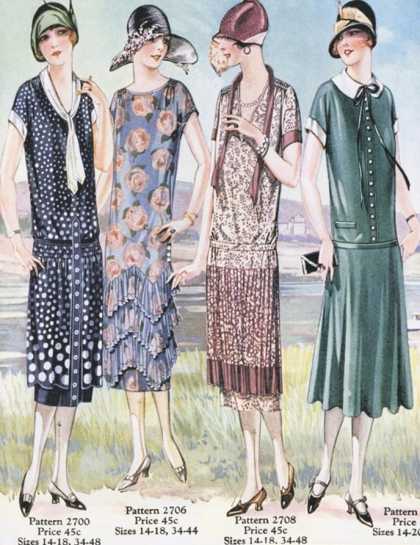 Women tossed away the corset that had viciously cinched their waist, pushed their breasts up, and poked out their behinds in favor of two more friendly undergarments: the bra and the girdle. Some of the younger modern women, the ones who were skinny to begin with, even decided to forego the bra and the girdle and roll their stockings below the knee. And the hat that had threatened to take off in a high wind was replaced by the head-hugging cloche. Oh, what  relief it was!