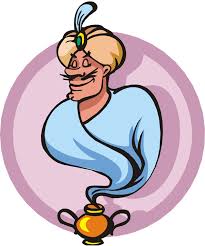 The Code Conference, an invitation-only event where industry leaders gather for an in-depth look about the impact of digital technology on our lives, wrapped up yesterday. The featured speaker at the last session was Elon Musk, CEO of Tesla Motors.

Musk predicted that Tesla would have a stage 4 autonomous automobile ready in only two years.  Stage 4 is a car that is “fully autonomous”; in other words it’s designed to perform all driving functions and monitor roadway conditions for the entire trip without human intervention.

While the regulatory problems surrounding putting such cars on the road are great, Musk was much more optimistic in his predictions about how long it would take legislators to work it out than were others at the conference: a year or two, he said.

Tuesday Herb and I made the trip from Lake Peekskill to Manhattan in a hired car—a trip we take fairly frequently. It takes about an hour. Now while I am perfectly comfortable in ceding control of the car to Tommy, our driver, I’m not so sure I would as easily relinquish control to a computer.

As Tommy adjusted his speed to accommodate slow moving traffic, switched lanes to make the turn off for the exits, slowed to negotiate a tricky turn that brought us into the city and turned left at a stoplight, I tried to imagine what it would be like without him. It made me nervous. I don’t think I am there yet.

And I should say another thing. Before we got to the highway, along a country road, there is a stop sign for no apparent reason. I asked Tommy about it and he pointed out a very steep driveway just beyond the sign. Some years ago, a child was killed when he came flying down the driveway on a sled right into the path of a car. So they put up the sign. Would a driverless car have been able to prevent such a tragedy? Somehow I doubt it. While we are told driverless cars will make us safer, I think it’s safe to say they can’t ever make us perfectly safe and we shouldn’t in our enthusiasm for what’s new believe that they can. Like I say, I don’t think I am there yet, though I do believe the transition to autonomous cars is inevitable. We seem to me to be on a trajectory that, whether we like it or not, will take us there.

4 thoughts on “Like It or Not, This Genie is Out of the Bottle”